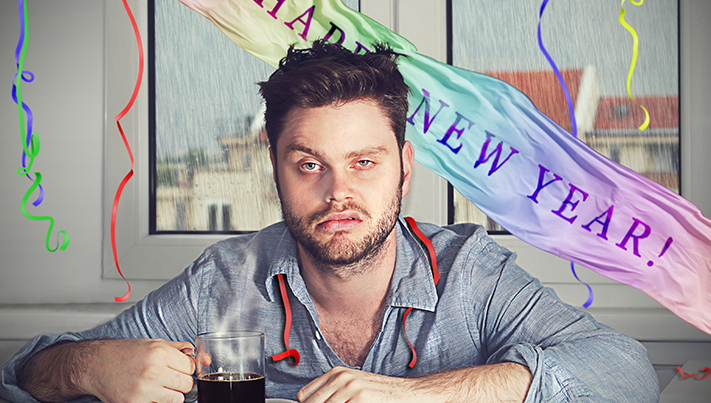 With the glimmer of Christmas festivities a fleeting memory and the mulled wine hangovers having most likely ceased. It is time to get back to normality and there is no better wakeup call than successfully surviving the most depressing day of the entire year, Blue Monday. Annually occurring on the third Monday of January, the concoction of dark, cold, wet weather, failed New Year’s resolutions and towering Christmas debt has us all feeling rather glum.

Whilst Blue Monday has thankfully passed for another year, new research by Peachy.com has identified that for many individuals in the UK, Blue Monday is not the only time to reflect on ill finances. Excessive Christmas spending is now thought to cause debt woes to continue through to the spring, a lingering financial hangover. In a survey of 2002 people’s attitudes towards Christmas shopping, it emerged that 15% of Brits will struggle to pay household bills in February, 7% will still struggle in March and 5% in April. To try and avert the stresses of impending large bills 11% of the UK sell their personal belongings to improve their financial situation and over a fifth (22%) dip into their savings.

The study also identified that women had more financial burdens after the festive season than men, struggling more to pay bills and being more inclined to utilise their savings to pay off looming debt. A massive 71% of the UK are short of cash after Christmas, with those aged between 25 and 44 struggling the most to pay their January bills in comparison to any other age group. The research also highlighted that those aged between 18 and 24 were the most likely to improve money troubles by exhausting their savings. For most surveyed, Christmas shopping begins in October, with those aged 55 and over proving the most organized for the festive season, beginning their Christmas shopping in July.

Katre Kaarenperk from Peachy.co.uk offers her top tips on how to banish Christmas debt woes and ensure financial stability for the remainder of the year: ‘Firstly, do not ignore impending bills, be honest with yourself about your finances. Create a list or spreadsheet document, note down when the final balance is due and for what company, prioritising to pay off the loans with the highest interest first. By consolidating debt under one single card it is simpler to manage and you can often find better credit rates. The key to being debt free is to create a budget plan and stick to it, only spend money on non-negotiable expenses such as food shopping and mortgages and resist temptation to splurge on luxuries. Wait until your debts are cleared and your savings are replenished before starting to make disposable purchases again.”

The survey ultimately highlights the severe impact the extravagance of the festive season has on individual’s financial stability. To avoid, financial insecurity as a result of Christmas spending next year Katre Kaarenperk adds, “beginning to budget and possibly save for Christmas 2019 now can massively help in averting financial strain next January.”