Return on investment from marketing – how does it work?

HomeNewsReturn on investment from marketing – how does it work?

Return on investment from marketing – how does it work? 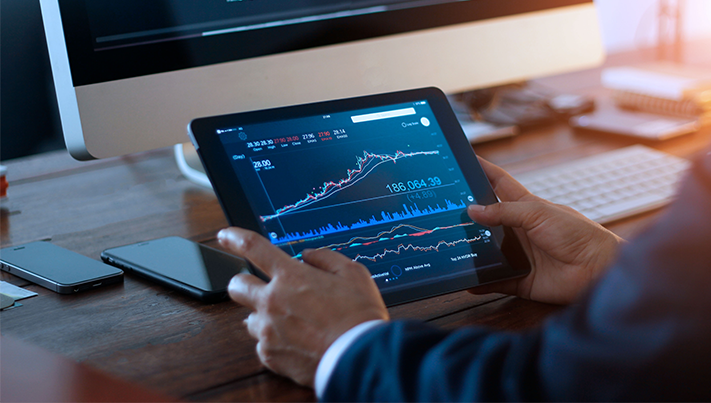 Figures from Google’s Car Purchasing UK Report in April 2017, reveal £115.9 million was invested in online display and direct mail by car dealers in the UK, in 2016 alone.

With increased interest in online platforms, digital visibility doesn’t come cheap — but is it worth the cost? With the help of Vindis, who offers a variety of Audi offers, we investigate…

Healthcare
The healthcare sector runs by its own completely different set of rules for marketing – generally because it is restricted by heavy regulations. The same ROI methods that have been adopted by other sectors simply don’t work for the healthcare market. Despite nearly 74% of all healthcare marketing emails remaining unopened, you’ll be surprised to learn that email marketing is essential for the healthcare industry’s marketing strategy. Approximately, 2.5 million people use email as a primary means of communication, rising in value and usage over the past few years. This highlights that email marketing is targeting a large audience. For this reason, 62% of physicians and other healthcare providers prefer communication via email – and now that smartphone devices allow users to check their emails on their device, email marketing puts companies at the fingertips of their audience.

Pew Research Center data shows 77% of all health enquiries begin at a search engine – and 72% of total internet users say they’ve looked online for health information within the past year. Furthermore, 52% of smartphone users have used their device to look up the medical information they require. Statistics estimate that marketing spend for online marketing accounts for 35% of the overall budget.

Online marketing is another platform that is a worthwhile investment for healthcare, especially when you consider that one in 20 Google searches are for health-related content. This could be attributed to the fact that many people turn to a search engine for medical answer before calling the GP.

And not forgetting social media marketing. Whilst the healthcare industry is restricted to how they market their services and products, that doesn’t mean social media should be neglected. In fact, an effective social media campaign could be a crucial investment for organisations, with 41% of people choosing a healthcare provider based on their social media reputation! And the reason? The success of social campaigns is usually attributed to the fact audiences can engage with the content on familiar platforms.

Utilities
An increasing number of consumers are turning to comparison websites when it comes to choosing the right utilities supplier – websites which could be the key to many suppliers acquiring and retaining customers.

The four largest comparison websites – Compare the Market, MoneySupermarket, Go Compare and Confused.com are among the top 100 highest spending advertisers in the UK, but does that marketing investment reflect on utility suppliers?

With comparison websites spending millions on TV marketing campaigns that are watched by the masses, it has become vital for many utility suppliers to be listed on comparison websites and offer a very competitive price, in order to stay in the game.

British Gas has shifted its marketing aims toward customer retention as oppose to customer acquisition. Whilst the company recognise that this approach to marketing will be a slower process to yield measurable results, they firmly believe that retention will in turn lead to acquisition. The Gas company hope that by marketing a wider range of tailored products and services to their existing customers, they will be able to improve customer retention.

An investment of £100 million is to be invested in a loyalty scheme to offer discounted energy and services, which focuses on the value of a customer, their behaviour and spending habits over time to discover what they are looking for in the company. The utilities sector is incredibly competitive, so it is vital that companies invest in their existing customers before looking for new customers.

The utilities sector has also cut itself a slice of the digital cake, as 40% of all searches in Q3 2017 were carried out on mobile, and a further 45% of all ad impressions were via mobile too – according to Google’s Public Utilities Report in December 2017. As mobile usage continues to soar, companies need to consider content created specifically for mobile users as they account for a large proportion of the market now.

Automotive
In Google’s Drive To Decide Report, in association with TNS, they discuss how today’s auto shopper is more digitally savvy than before, with over 82% of the UK population aged 18 and over having access to the internet for personal reasons, 85% using smartphones and 65% choosing a smartphone as their preferred device to access the internet. These figures show that for car dealers to keep their head in the game, a digital transition is vital.

The same report revealed that 90% of auto shoppers carry out research online. 51% of buyers starting their auto research online, with 41% of those using a search engine. To capture those shoppers beginning their research online, car dealers must think in terms of the customer’s micro moments of influence, which could include online display ads – one marketing method that currently occupies a significant proportion of car dealers’ marketing budgets.

With the majority of car purchases taking place on the forecourt, how is online influencing their decisions? 41% of shoppers who research online find their smartphone research ‘very valuable’. 60% said they were influenced by what they saw in the media, of which 22% were influenced by marketing promotions – proving online investment is working.

Traditional methods of TV and radio still remain the most invested forms of marketing for the automotive sector – but in the last past five years, it is digital that has made the biggest jump from fifth most popular method to third, seeing an increase of 10.6% in expenditure.

Fashion
Online investment is critical to the success of fashion retailers – with online sales in the fashion industry reaching £16.2 billion in 2017! This figure is expected to continue to grow by a huge 79% by 2022. So where are fashion retailers investing their marketing budgets? Has online marketing become a priority?

In December 2017, ecommerce accounted for nearly a quarter of all purchases, according to the British Retail Consortium, as online brands such as ASOS and Boohoo continue to embrace the online shopping phenomenon. ASOS experienced an 18% UK sales growth in the final four months of 2017, whilst Boohoo saw a 31% increase in sales throughout the same period.

Many big brands such as Marks and Spencer, John Lewis and Next have invested millions into their online operations and marketing to capture the online shopper and drive digital sales. John Lewis announced that 40% of its Christmas sales came from online shoppers, and whilst Next struggled to keep up with the sales growth of its competitors, it has announced it will invest £10 million into its online marketing and operations.

This highlights that shoppers no longer want to go to the high-street store to shop – instead they like the idea of being able to conveniently shop from the comfort of their home, or via their smartphone devices whilst on the move.

According to PMYB Influencer Marketing Agency, 59% of fashion marketers increased their budget for influencer marketing last year – an essential marketing tactic in the fashion industry. In fact, 75% of global fashion brands collaborate with social media influencers as part of their marketing strategy.

Is it really worth the investment?
For some industries, such as utilities, the picture looks to be a lot bigger – whilst TV and digital appear to remain the main sales driving forces, its more than just creating your own marketing campaign when comparison sites need to be considered. Without the correct marketing, advertising or listing on comparison sites, you could fall behind.

According to webstrategies.com, the average firm in 2018 is expected to allocate at least 41% of their marketing budget to online strategies – with this figure expected to grow to 45% by 2020. Social media advertising investments is expected to represent 25% of total online spending and search engine banner ads are also expected to grow significantly too – all presumably as a result of more mobile and online usage.

It is clear that for industries such as automotive and fashion however that online marketing investment is critical! With a clear increase in online demand in both sectors that is changing the purchase process, some game players could find themselves out of the game before it has even begun if they neglect digital.

So, do you think the investment is worth it? If mobile and online usage continues to grow year on year at the rate it has done in the past few years, we forecast the investment to be not only worthwhile but essential.