The history of women’s work-wear throughout time

The history of women’s work-wear throughout time 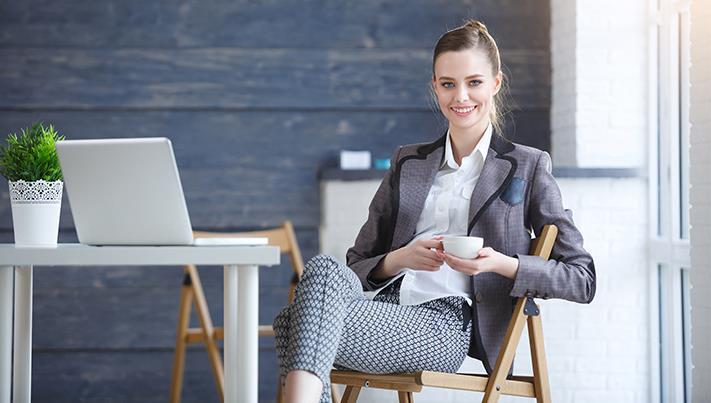 Join us as we take a virtual trip down memory lane with the help of Lotus Shoes retailers of women’s court shoes, to see how the last 100 years has shaped women’s office wear. While this aspect of women’s office wear has yet to change — thanks to the government rejecting the proposal to ban such gender-specific workplace dress codes — there have been a number of other changes to the office wardrobe of women over the years.

In 2017, the UK was embroiled in a heated debate regarding womenswear in the office. Despite the leaps and bounds made in recent decades concerning women’s rights, the ability for an employer to enforce a dress code upon women, namely that they could be contractually obliged to wear high heels, seemed ludicrous. But, what can we expect still to come?

According to Amber Butchart, a fashion historian who spoke to Harper’s Bazaar, women’s workwear hasn’t always enjoyed the freedoms of the modern day — even with the heels debate! Butchart noted that in the 1920s, typical work attire for women in offices and at shop counters was restricted to ‘simple, neat dresses, or separates, were deemed appropriate in offices and at shop counters throughout the 1920s and 30, think Joan Crawford in Grand Hotel (1932).’

The ‘40s would be the defining decade for women walking into a more masculine wardrobe, as women picked up the jobs left behind by men who had gone off to fight in the war. As women left their family homes to work in an array of jobs, from ammunitions to office work, new garments were needed to allow these workers the same practicalities as their male counterparts. Wide pant leg styles and blouses were staples for women working office jobs, while new overalls had to be created for women in the factories.

Often, these jobs had an additional requirement of their new female workers — the addition of maintaining a certain beauty standard. From outlining certain haircuts and make-up shades to complement the uniforms, the idea seems quite preposterous now, especially considering the dire necessity for women to work these jobs at the time!

The new workwear styles would be kept in women’s wardrobes long after the war came to an end and women were let go from their jobs and told to return to being wives and house-keepers. Of course, this was not the future path women had built for themselves. 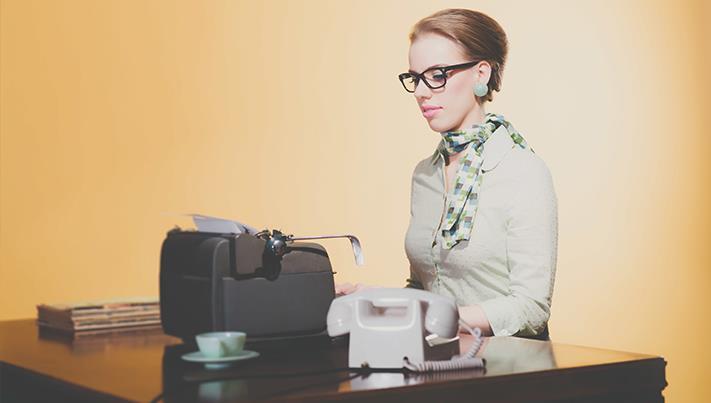 Suits hit their stride in the ‘60s for women, with Yves Saint Laurent designing the iconic women’s formal tuxedo, Le Smoking, in 1966. 15 years later, the designer named Le Smoking as the most important piece that he had ever created. The suit has been updated in every new collection since, and it paved the way for women looking to channel powerful vibes in the workplace.

The ‘80s were, among many things, the decade of the power suit. Bright, bold colours, intricate button details, and of course, those notorious shoulder pads. These suits were a popular choice for women’s office wear and allowed women to incorporate both the masculine sense of a suit with more than a hint of their own personality, thanks to the array of colours.

Not all suits in the ‘80s were eccentric though. Consider this decade’s female Prime Minister, Margaret Thatcher — her stylist, Margaret King, was quoted as saying that the Prime Minister’s choice of suits were a result of working ‘in a man’s world’.

1990s era Hillary Clinton was part of that same world and was famous for her pant-suit look. She was the first First Lady to wear trousers for her official portrait. Meanwhile, in the offices, women took a similar fancy to pant-suits over dramatic ‘80s power-suits.

The 2000s and 2010s brought something of a divide into workwear, but for once, it hasn’t been between genders. Instead, differences in office wear tend to be rooted in what industry the office is within, rather than whether or not a worker is male or female.

For example, while a law office might have adopted a more classic and traditional look, a creative office space tends to emphasise comfort in its employees first and foremost. These creative spaces allow both men and women to be a little more casual, opting for a smart pair of jeans, comfy flat boots or ankle boots, and T-shirts or casual blouses rather than full suits. 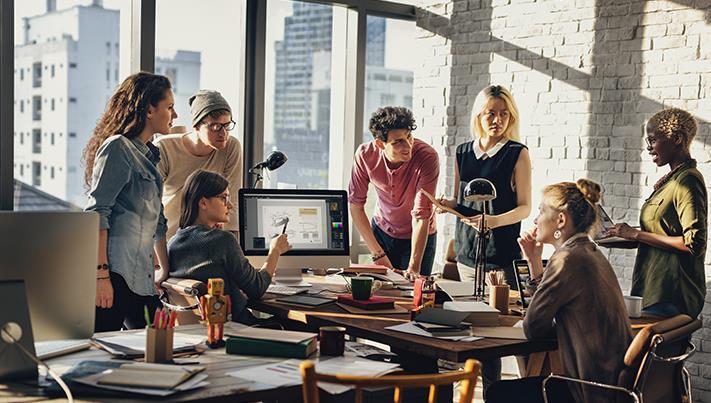 As we head into the future of office wear, we’re likely to continue to see a blurring of lines between male and female-distinct office attire, as well as a rules and regulations surrounding uniform codes. Workplaces are scrambling to seem both professional and modern, meaning many are relaxing dress codes in the workplace — the need to wear more formal attire comes from a personal choice more than a forced one these days, for both men and women, so this is likely to continue.