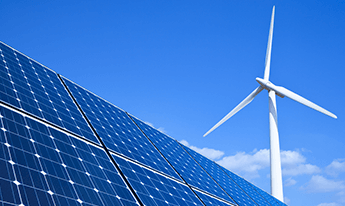 European Parliament proposals to increase the EU’s share of renewable energy to a minimum of 35 per cent, and to set binding targets for each EU country, are a step in the right direction, said Greenpeace. Sebastian Mang, climate and energy policy adviser with Greenpeace EU, said: “The Parliament is right to ramp up the EU’s renewable energy targets and to require each country do their share to fight climate change.

But Mr Blanco López is in danger of compromising too soon, he can and should prioritise access for renewables and give people real control of their energy bills. Renewable energy ranks amongst the cheapest in Europe, and decentralised ownership in solar and wind generation allows communities to switch off dirty coal and nuclear while maximising the benefits of producing and consuming energy locally.”

Mr Blanco López’s draft report proposes a 35 per cent renewable energy target for the EU, compared to the EU’s current 27 per cent target. But it falls short of the 45 per cent target proposed by a sister report, co-authored by MEPs Claude Turmes and Michele Rivasi. Mr Blanco López also proposes to remove taxes and charges which block people from producing and consuming their own electricity at home, such as Spain’s controversial ‘sun tax’. With the right support, half of all EU citizens could produce their own electricity by 2050, meeting 45 per cent of the EU’s electricity demand.

The plan fails to restore ‘priority dispatch’, the system by which electricity grids draw power from renewable sources first, and increases the role of auctioning in renewable energy support schemes. The latter would force energy cooperatives to compete on uneven terms with big utilities for government support.

The Parliament response to the revision of the renewable energy directive will be submitted to the industry and energy committee on 21 June. MEPs on the committee are due to discuss the proposals on 4 September and to submit their position to plenary, after a Committee vote scheduled on 11/12 October. The plenary is likely to vote around the end of the year.

Why Study an International Business Management Degree Instead of a Standard Business Course?

Read More
We use cookies on our website to give you the most relevant experience by remembering your preferences and repeat visits. By clicking “Accept All”, you consent to the use of ALL the cookies. However, you may visit "Cookie Settings" to provide a controlled consent.
Cookie SettingsAccept All
Manage consent