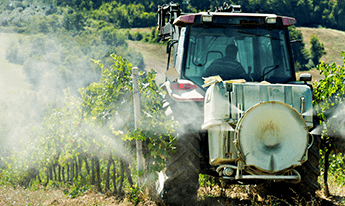 The EU should rethink international trade deals that drive industrial farming, said Greenpeace, following the release of an EU report highlighting the negative impacts of several trade agreements on European farmers. Greenpeace warned that the blind promotion of trade in farming goods can have destructive consequences for the environment, farmers and consumers.

Greenpeace EU agriculture policy director Marco Contiero said: “For the most part, international trade agreements have driven the industrial farming model, with an undiscerning emphasis on the volume of trade and little concern for human and environmental consequences. The result has been devastating for most farmers, concentrating control of the sector into the hands of a handful of giant corporations, and exacerbating the environmental footprint of agriculture. The wealthy get mountains of cheap but poor quality food, while millions in developing countries starve. It’s time for the EU to ditch this failing system – trading food should be about feeding people, not corporations.”

If ratified, a controversial EU and Canada trade and investment protection deal (known as CETA) is expected to significantly increase Canadian exports of largely industrially farmed beef, to the detriment of less intensive European producers. This shift is at odds with warnings against harmful environmental and health impacts from meat production and consumption.

A shift to an alternative agricultural system based on ecological farming would help ensure sustainability, equity and food sovereignty, with safe and healthy food grown to meet fundamental human needs, and where control over food and farming rests with local communities, rather than multinational corporations.