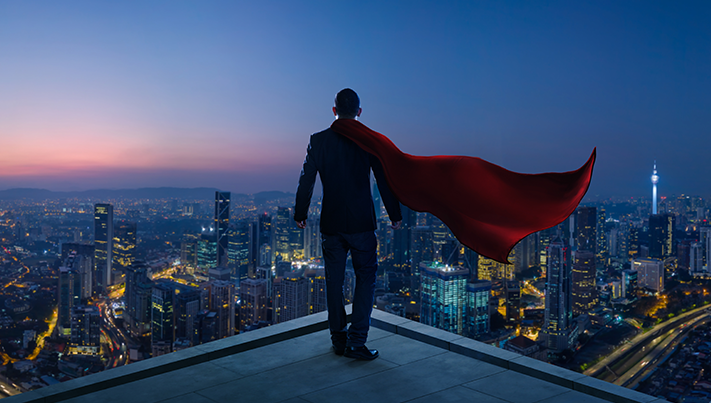 Superhero Tri Powered by Marvel’, created by ex-Paralympian Sophia Warner, is a unique disability sporting event and the UK’s only mass-participation sports series dedicated to the nation’s 13.3m people with disabilities – the mission is simple. To create fun, full-throttle mass-participation challenges where people with disabilities call the shots and don’t have to worry about cut-off times or equipment restrictions.

· Crowdfunder.co.uk are the official fundraising partner for ‘Superhero Tri 2019 Powered by Marvel’ and have launched a new product called ‘Multiplier’ which enables fundraisers to activate the fundraising capabilities of their crowd, raising much needed funds for their chosen charity

· Superhero Tri Powered by Marvel have also launched a Crowdfunding campaign that utilises the new multiplier product to ensure the continued running of this much loved and unique event. https://www.crowdfunder.co.uk/superhero-series-crowdfunder

· Channel 4 will broadcast a 60-minute program on the event, presented by Clare Balding

Crowdfunder.co.uk has announced an exciting new partnership with the Superhero Series Powered by Marvel to become the event’s official fundraising platform. The two organisations have partnered to create a ground-breaking new way of raising vital funds for charities and good causes.

The new Multiplier feature allows individuals, groups and organisations to fundraise on your behalf. Each charity partner involved in the Superhero Tri Powered by Marvel event has been offered their own charity page which enables event participants to raise funds directly for their chosen charities. Each fundraiser then creates their own project page on Crowdfunder and runs a campaign to activate the fundraising power of their crowd. If a fundraisers’ cause aligns with certain objectives, then this can trigger the distribution of match funding from pots of money sat on the Crowdfunder site.

The series has also launched a crowdfunding project of its own, inviting corporates, charities and supporters to pledge their backing for one of the fastest growing and exciting mass participation sporting event in the country which can be found here: https://www.crowdfunder.co.uk/superhero-series-crowdfunder

A pledge of £5 buys a Superhero a finishers medal, £8 buys them a goodie bag, £15 buys a t-shirt for a volunteer or £40 enables a child to take part in this potentially life-transforming event who might otherwise miss out.

Founder Sophia Warner, a Paralympian who represented Great Britain at the 2012 Summer Paralympics, created the Superhero Series Powered by Marvel in 2017 to enable both disabled and non-disabled participants to take part in sporting events together. Sophia stated:

“My own experiences, combined with meeting so many sports lovers like my wonderful ambassadors who are crying out for opportunities, are the inspiration for this series.

The idea is simple. To create fun, gutsy events where people with disabilities call the shots and don’t have to worry about cut-off times or equipment restrictions.

I also love the idea of creating a series where people with all kinds of disabilities can come together and compete alongside like-minded individuals who face similar daily experiences and challenges.”

This year, 18 waves of participants will be racing throughout the day and there will also be a ‘celebrity race’ for members of the public who have won the chance to unite with high-profile Celebrity Team Captains from TV and sport. Celebrities featuring in this year’s event include DJ and journalist Jordan Jarrett-Bryan; Paralympic equestrian champion Sophie Christiansen; Invictus Games athlete, JJ Chalmers; Paralympian and Wimbledon doubles champion, Alfie Hewett; and eight-time London Marathon winner and six-time Paralympic champion, David Weir. This star studded line up will lead competition winners’ teams as they complete the course.

The new partnership with Crowdfunder.co.uk will see the Superhero Series Powered by Marvel debut Crowdfunder’s new unique charity functionality along with rewards based crowdfunding bringing together good causes with fundraisers to create a far more rewarding, compelling and effective way of fundraising.

“The idea behind our official partnership with Crowdfunder.co.uk was simple for me. Everyone we talk to loves the Superhero Series Powered by Marvel and the thing that strikes me is they always ask ‘how can we help or get involved?’ Now through our partnership everyone can bring their own Superhero spirit straight to the events and the people that want them,” commented Sophia.

“We are lucky enough to already be supported by many Super Partners and Charity Friends but our ambitions are gigantic and we want to make our events bigger, better and with all the facilities, gizmos and gadgets to be able to unleash each and every budding Superhero out there.”

Superhero Series Powered by Marvel are crowdfunding to support this year’s Superhero Tri Powered by Marvel and are targeting £65,000 by offering a variety of different rewards on their page. There are a number of ways people can get involved, whether they’re a corporate or charity organisation, or an individual, so go ahead and check out their page: https://www.crowdfunder.co.uk/superhero-series-crowdfunder

“We’re seeing more and more charities use Crowdfunder as a more compelling way to raise funds and engage new audiences, beyond a simple donation, so we’re delighted to be working with Superhero Series Powered by Marvel to launch our new charity feature which firmly puts stories and crowd building at the heart of fundraising. That’s why this is a perfect match. It’s also a much needed shot in the arm for charities building new fundraising audiences post-GDPR.

Our new offering for charities will enable ‘Superheroes’ to raise vast sums of money for a wide range of charities and good causes. It will bring together organisations – big and small – directly with their fundraisers to create far more meaningful relationships and it will help them both build their contacts and networks in the process. It’s social media in its purest, most positive form and that’s the real beauty of everyone working together on Crowdfunder.”

Spaces are still available to take part in the Superhero Tri on 17th August. Visit www.superheroseries.co.uk to find out how you can take part.

Contact UsLet's Chat About Your Business PackageContact Us
You might also like
READ MORE
ArticlesSeptember 6, 2022Fewer Than Half of UK Chains Across Numerous Categories Respond to Online Reviews

The results of a cross-category online brand reputation study of more than 500 UK retail businesses found only 44% respond to online reviews. Moreover, 38% do not have local branch pages, and less than half (42%) employ UTM performance marketing tracking.&nbsp

This year, the annual increase in construction hiring over the summer didn’t happen, according to recruiter Randstad.  The three summer months of June, July, and August usually see approximately 30% of all permanent annual recruitment jobs filled in the

Go language has become a very popular choice for developers and companies, as it can provide many benefits for every party. That's why the Go developer salary has been a very popular topic within the industry. In this article, we'll show you how to calculate t

READ MORE
ArticlesJuly 28, 20214 Ways Agriculture Can And Should Improve

The agriculture industry, like others, has faced a series of unprecedented changes in recent times. The struggle has been felt across the states, and the farmers and those working in food production have felt those pressures too.Still, this does not mean that

READ MORE
ArticlesAugust 30, 2022How to Know if Management Buyout is Right for You?

Knowing when and how to sell can be a difficult decision, especially in volatile times for businesses. There are many ways to sell a business, each of which have their own advantages and disadvantages. It may be that your own management team present you with a

Covid-19 has presented a truly unforgiving blow to the current generation of UK SMEs, superseding any reasonable measure of risk/disaster management imaginable. The eventual fallout is yet unknown, but it is certain that a seismic shift in operational and cult

Sleep therapy start-up exceeds target in first week of campaign Over £475K raised including new investment from fund led by ex-General Electric execs An innovative, UK-designed sleep therapy solution with global ambitions has raised over £475K in the first w