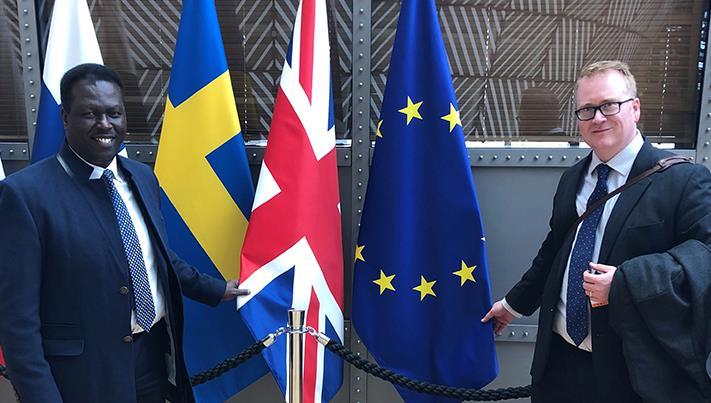 The Electoral Commission has approved The UK EU Party’s application to register as a political party.

The approval means they can put forward candidates in the European elections due to take place on Thursday May 23, assuming that the UK has not left the EU by then.

The new political entrant is called The UK EU Party (UKEUP), set up by a group of UK-based politically aware lawyers working in the city of London with other young professionals.

Pierre Kirk, 42, the party’s leader said, “I believe that staying in the EU is the best option for those who love the UK and want the best for its citizens. We stand for the gentle side of politics, having just one aim and that is to stop Brexit. We intend to become the only mainstream political party in the UK to stand for returning the country to the European Union.

“In the longer term, The UK EU Party’s aim will be to contest any future UK general election as the same ‘one policy, one purpose’ party, demanding that Europe be a central issue. Europe is the party’s raison d’être, but we also stand for a broader, inclusive, centrist form of politics.”

As with the six million ‘Remainers’ who backed the recent Petition to Revoke Article 50, and the one million people who took to the streets of London for The People’s March last month, those behind UKEUP have decided to act after seeing the chaos caused by the British government and opposition since the EU Referendum in 2016.

The Party will place an emphasis on supporting British business, and the professional services sector, in particular. Since the first EU Referendum, thousands of service jobs have already been lost to the continent. Many more will follow unless the UK stops Brexit.

The second area of focus will be to represent the youth of Britain, and to help give them the future that leaving the EU simply will not provide.

Pierre Kirk continues, “We have a number of business donors and public figures keen to commit to our party once the British government confirms that the UK will participate in those elections. We are keen to hear from others who will want to become candidates, supporting our intention to remain within the EU.

“We have an election campaign team in place, which already numbers a few dozen volunteers, mostly comprising friends, family and work colleagues. We anticipate receiving backing from many more people, including people who voted in the Petition and People’s March. The Remain demographic is very active and politicized right now.”