Will an ageing workforce be better or worse for UK businesses? Home  »  Articles  »  Will an ageing workforce be better or worse for UK businesses?

Will an ageing workforce be better or worse for UK businesses? 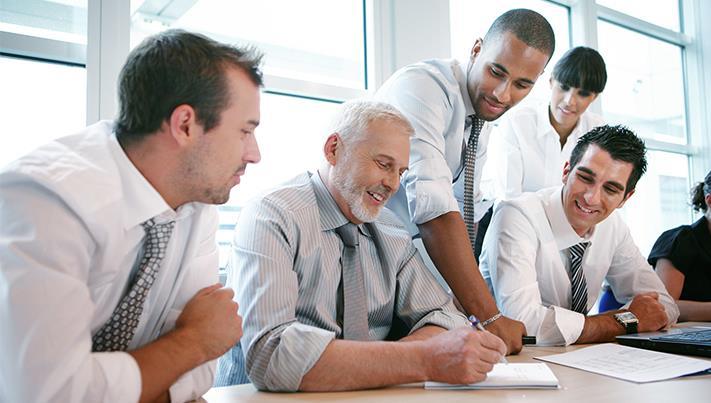 The UK’s population is not only getting larger, but older too if figures from the Office for National Statistics (ONS) are anything to go by. The ONS found that the nation’s population totalled 65.6 million in 2016 — its highest ever tally — while also stating that 18 per cent of those currently in the UK were 65+ and that 2.4 per cent were 85+.

How should employers across the UK be viewing an ageing workforce?

The approach that UK workplaces are taking regarding an ageing workforce
According to a survey involving 500 UK employers which was published by the Centre for Ageing Better, many UK organisations appear to be unprepared to handle an ageing workforce. In fact, 24 per cent of those involved in the study admitted that they weren’t ready to welcome a growing number of older workers and only 20 per cent were currently discussing an ageing workforce strategically in the workplace.

Managing age diversity across the workplace was proving to be a challenge by 20 per cent of the employers who were polled. Meanwhile, 12 per cent of older employees felt uncomfortable carrying out tasks under younger managers and 10 per cent said the same when the roles were reversed. However, just 33 per cent of the employers involved in the survey stated that they were looking to manage age diversity by giving training, guidance or support to managers in their business.

“The UK workforce is changing — and employers need to catch up,” acknowledged Patrick Thomson, the Centre for Ageing Better’s lead on age-friendly employment. “Improving policy and practice, tackling age bias and creating an age-friendly workplace culture is vital to ensuring that people can work for as long as they want to.”

A similar view was held by Prime Minister Theresa May. During her speech on science and modern industrial strategy, the PM stated that employers across the UK have to play their part in meeting the nation’s “grand challenges” when it comes to supporting older employees, pointing out that these members of staff have the right to “enjoy the emotional and physical benefits of having a job if they want one”.

The Centre for Ageing Better’s chief executive Anna Dixon supports the PM’s views. “As we live longer, we also need to work for longer,” she pointed out. “All employers need to adopt age-inclusive practices. Too many older workers are leaving the labour market prematurely at great cost to them personally, as well as the state.”

Understanding the challenges of an ageing workforce
Having an ageing workforce in any business will come with a few challenges. Depending on the job, for example, some employees will be required to work differently or in another type of capacity as they get older — employers should, and sometimes may be legally obliged — to support these changes by providing older staff members with alternative arrangements or opportunities to develop and learn new skills.

Across the UK, views about retirement have changed quite considerable as well. While in the past it wasn’t uncommon just to finish your 9-5 job and retire immediately, now a lot of older members of staff are looking to scale back their hours and reduce their number of responsibilities in the workplace gradually as they approach — and sometimes go past — their retirement age. Employers should be aiming to support employees if this is the path they want their career routes to take.

NHS Employers noted: “Employers who help their staff to make plans for their future career and retirement at an early stage, including consideration of flexible retirement options, have most success in retaining older workers and enabling them to work effectively.”

Are you an employer yourself? These findings from a survey by trade union members of the NHS should help you to pinpoint some other key issues regarding having an ageing workforce:

· More than 80 per cent of members were concerned that their physical and/or emotional health will be impacted if they had to work longer — could you offer staff members the opportunity to work shorter hours, or the chance to work from home, as they age? Furthermore, could you look to install disabled stairlifts depending on the setup of your workplace, which could be beneficial both to employees with disabilities and for supporting an older workforce so they can still perform their job duties?

· More than 75 per cent of members were concerned they would be unable to continue working in their current roles at the pace required, as well as worried that their performance levels would suffer an evident drop as a result of them getting older — could you offer staff members less strenuous jobs within a company as they age?

· Much less than half of the members were of the belief that their employer valued older members of staff — are you offering incentives to all your workforce, and not just newcomers?

· Under 34 per cent of members were of the belief that their employer offered flexible work in a fair manner — is it time to review your company’s shift patterns and how the workload is being distributed?

Why an ageing workforce should be viewed in a positive light
There are so many benefits about having an ageing workforce at your business. For instance, people who have been at a company or even just within an industry for a long period of time will, obviously, bring so much valuable experience and knowledge of a firm’s products and services. This expertise can be shared among older members of staff to individuals who are just taking their first tentative steps into the world of work.

A team that includes people of various ages will be a group who will share many different views too. This diversity should deliver a company with plenty of fresh perspectives, a whole host of ideas, and problem-solving tactics that probably would be missed if only one generation dominated a workplace.

Don’t forget about your customers as well. We mentioned at the start of this article that the UK’s population is getting older, which means that your customer base will be ageing too. By having members of your workforce who understand and relate to the older groups in your target audience, they will be able to assist your business by ensuring the firm remains relevant to these older consumers. What’s more, they will be able to provide empathy and insight into how your deliver customer service to this demographic.

Despite a wave of economic uncertainty, UK consumers are set to spend more than ever over Black Friday weekend, dominating spend across Europe. A new report, commissioned by VoucherCodes.co.uk and carried out by the Centre for Retail Research (C

READ MORE
ArticlesJanuary 10, 2020Revealed: The Top 100 Places To Start A Business Outside Of London

New report reveals the top 100 UK cities and towns with most successful entrepreneurs. In the first year of trading 91% of small businesses will succeed, However, after five years, only four out of ten small businesses are still trading. And after 10, it’s o

European nations are wasting nearly 7 billion euros a year on subsidies for the burning of wood for power or heat, a notoriously dirty source of energy that the European Union has allowed to be counted as clean energy. The United Kingdom and Germany are the wo

READ MORE
ArticlesNovember 30, 2018Can entrepreneurs truly understand resilience when they have limited experience of why they require

Jenny Tooth, CEO of the UK Business Angels Association highlights the importance of historical experience in understanding an unchartered Brexit futureIn the run up to the UK’s departure from the European Union, the term resilience has become

Many businesses today are searching for ways in which they can reduce their carbon footprint for a few different reasons. First of all, it's a way to show that the business is ethical and cares about the planet as well as society. This will then naturally bols

Despite being named Time Person of the Year 2019 for her climate activism work, Greta Thunberg surprisingly only inspires 3% of Brits to be more sustainable, according to new research. The study, from leading savings site VoucherCodes.co.uk, finds that Br

London Heathrow has the highest rate of unresolved lost or delayed luggage claims in the UK, according to the UK’s leading price comparison site MoneySuperMarket. Research into over 2,000 complaints to the Civil Aviation Authority (CAA) looked at lost, delay

Small but Perfectly Formed is a cross Europe collaborative project that will accelerate fashion SME’s to transition to work within circular and sustainable business models. The project aims to select 28 SME led projects from around Europe working within circ